Clarence Matthew Baker worked during the Golden-Age, co-creator of The Phantom Lady at Fox Feature Syndicate, he was noted for his “Good Girl Art” and for being the artist on St. John’s “It Rhymes With Lust”. It`s called by many, the first graphic novel. It`s also called the precussor to the first graphic novels.

Billy Graham (July 1, 1935[1] – 1999)[2] was an African-American comic-book artist best known for his work on the Marvel Comics series Luke Cage, Hero for Hire, and the Jungle Action feature, “Black Panther“. 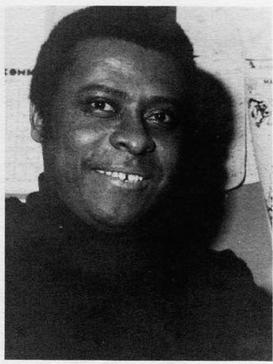 From Wikipedia, the free encyclopedia

The Black Panther (T’Challa) is a fictional superhero appearing in American comic books published by Marvel Comics. Created by writer-editor Stan Lee and penciller and co-plotter Jack Kirby, he first appeared in Fantastic Four #52 (July 1966). He is the first black superhero in mainstream American comics, debuting several years before such early African-American superheroes as Marvel Comics’ the Falcon and Luke Cage, and DC Comics‘ Tyroc, Black Lightning, and Green Lantern John Stewart. The Black Panther was ranked the 79th greatest comic-book character by Wizard magazine. IGN ranked the character the 51st greatest comic-book hero.[1] Chadwick Boseman will play the Black Panther in several scheduled films as a part of the Marvel Cinematic Universe

We would like to welcome back Absolute Lawn Care as a 2016 Gold Sponsor. Check them out on our partners page.